Request a promo code to get additional savings.
Just 300 unique codes left. Get an exclusive offer on email now! Request a Promo Code. 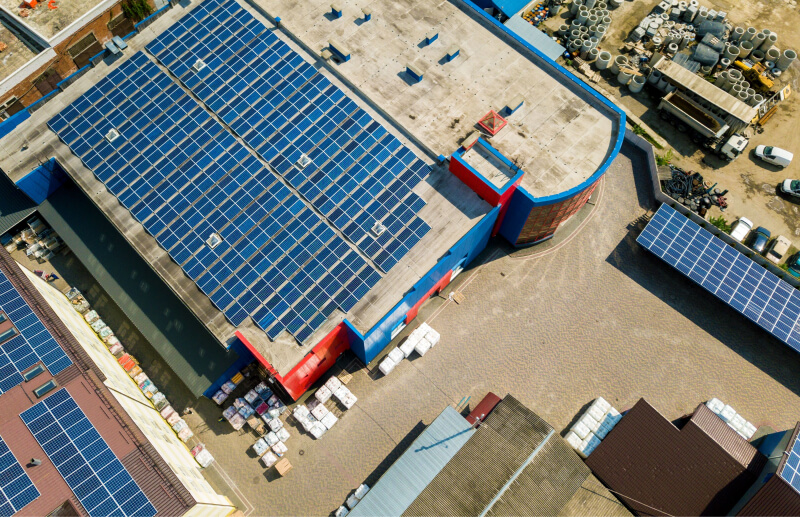 Discover the best solar panel system for your home

*Performance figures are estimated based on CEC Guidelines and will vary from site to site.
Please speak to a Solar miner consultant to make an informed decision about your solar needs and potential cost savings.

By having a Commercial Solar System from Solar Miner for your business you’ll contribute positively to the ROI of your business and also you will start to contribute towards the wellbeing of our planet. It is believed that the businesses around the World consume a major part of electricity and we Australians are no different. Our businesses are high on the demand side of electricity. Electricity in our part of the world is majorly dependent on coal and so the businesses in Australia also contribute to a major part of the greenhouse emissions. Commercial solar systems, thus, can help you reduce your power consumption from the conventional sources of electricity, specifically coal, and thereby help you to reduce your carbon footprint.

Every Review Has A Story, A Story of An Experience - Delivered

Thank you Joy (Solar Miner) for your great service and follow up for every stage until solar installation completed and even after that you contacted and assist me with my basic technical queries and your technical team. Also the people who came to install panels were so friendly and hard working ????

Although it was a first time experience and I was bit worried but it all went well and I would definitely recommend Solar Miner in my family and friends.

Extremely impressed with the service that I received from Solar Miner. The whole process from quoting (ref 222605), to ordering and installing was done quickly and efficiently. Even the paperwork and co-ordination with Solar Victoria and the final electrical inspection was way beyond my expectations. From start to generating my own power took 15 business days. At all times I was kept informed of the progress of my order, even down to the delivery driver calling in 1 day in advance to confirm the date & time and then 15 minutes before delivery. He unloaded everything taking care and placing the panels where I requested. Even the installation crew cleaned up after themselves and were very quick. I would like to make special mention of Harrison Miller who prepared my quotation and answered all my questions promptly and was very courteous at all times. Very impressed and happy with the final product.

I am very happy, Solar Miner company really done our solar project professionally. Special thanks to Katherine, she always followed our 13.3 kw system, and we had an excellent solar energy system by giving a very good price. Also, the team that installed the panels they worked very well.

Solar miner was very easy to deal with. Alan provided me with a detailed quote & answered all my queries promptly. Turnaround time for installation was quick (with in 2 weeks). Installers were professional, did a good job, cleaned up after themselves & helped me with connecting system to the internet & app. Best value in the market.

Malcom was quick to respond when I reported an issue with my solar panels, and proved both friendly and helpful in his attempts to solve it. The issue turned out to be a misunderstanding on my end – a graphic on the phone app used for monitoring gave me a false impression – and everything is working fine with my solar panels, happily.

Great installation and great after sales service. Xavier helped me in the wifi configuration and monitoring on phone app.It was quick and easy and great customer support service. This is a great team of people working together….Cheers

Solar panel rebates are available of up to $1,400 plus the option of an interest-free loan.